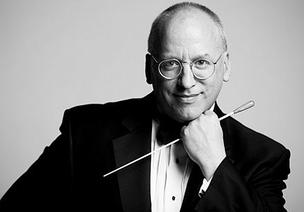 Our Music Director Warren Davidson is incredibly active in the musical life of the Pittsburgh region.  As an educator, he is on the faculty of Slippery Rock University where he teaches violin and viola and conducts the SRU Symphony Orchestra.

As a performer, he is concertmaster of the Westmoreland Symphony and the Academy Chamber Orchestra and has over 20 solo appearances with numerous ensembles in the Tri-State area.  He holds the following advanced degrees: Doctor of Musical Arts, West Virginia University, Master of Arts in Theory and Composition, University of Pittsburgh, and Master of Music, Duquesne University.

Assistant Conductor Patrick Forsyth is originally from Tulsa, Oklahoma. He began his violin studies at the age of three and made his professional orchestral debut at age 16. He went on to attain music degrees from the Eastman School of Music and the Carnegie Mellon School of Music, studying conducting under Dr. Mark Scatterday, Brad Lubman, and Denis Colwell.  He currently lives in Pittsburgh where he actively performs and teaches.